Connect with Our Counselors How to Help a Friend

Every 107 seconds, an American falls victim to sexual assault. But students at The College of Idaho want people to know: “It’s on Us” to stop sexual assault and create a community of respect.

The “It’s on Us” pledge is a commitment to prevent sexual assault by recognizing that non-consensual sex is sexual assault, identifying situations in which assaults may occur, intervening in situations where consent has not or cannot be given, and creating an environment in which sexual assault is unacceptable and survivors are supported.

The College of Idaho's “It’s On Us” campaign is a student-led initiative. The problem facing campuses across the nation is that not enough people stand up when they see something happen. But all it takes is one bold voice to stand up for someone and prevent an assault.

To learn more about “It’s On Us” and to take the pledge, visit www.itsonus.org. 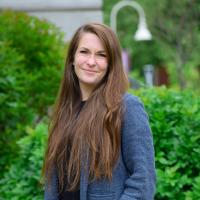