Constructed in 1956 as a men's residence hall, the 33,960 square foot building has a capacity of 162 occupants. Anderson Hall was reopened in 1985 as a co-ed residence for honors students.

Blatchley Hall was built in 1910 and donated to the College in 1917. Blatchley is listed in the National Register of Historic Places. The Rosenthal Gallery of Art opened in Blatchley in May 1980 as a permanent home for the College's print art collection. The building also houses Special Events and Conference Services staff.

Constructed in 1968, this building was named for Dr. William Judson Boone, founder and president of the College for 45 years. Renovated in 2010 and 2014, Boone Hall houses laboratories and classrooms for the College’s chemistry, biology, geology, physics, and mathematics students. The hall also is home to the Orma J. Smith Museum of Natural History, Whittenberger Planetarium, Tucker Herbarium, and Glen & Ruth Evans Gem and Mineral Collection.

The amphitheater, used for student events, outdoor classes, and the occasional wedding, is 120 feet long and 90 feet wide and can seat 300-400 people.

Built in 1941 as a chemistry laboratory and lecture building, it was one of the first buildings added to the campus after the Great Depression. Remodeled in 1971, 1982 and 2000, Covell now houses computer labs, the Education Department, and Information Technology.

Opened in early 2018, Cruzen-Murray Library is a gift of the late Deborah Cruzen-Murray and her husband, Glenn Richard Murray. With state-of-the-art study areas, classrooms, presentation spaces and collaboration spaces the library is destined to be the go-to building on campus. A grand architecture, from the all-glass exterior to the cedar-plank ceiling, is sure to please even the most discerning eye. Cruzen-Murray sits next to Voorhees and Hayman Halls, cementing the freshmen living commons with academic resources and excellence.

Finney Hall was named after Julia Finney, an early teacher at the College. Although it was built in 1910 as a women's residence hall, Finney has also been used as the student clinic, chemistry department, and dining hall. A third floor was added in 1960, followed by a major interior renovation in 1997 and a complete renovation in 2017. The remodeled Finney Hall is the first suite-style dorm on campus.

Built in 1964 as co-educational housing, the 18,540 square foot building was renovated in 2009. Hayman is one-half of the freshmen living commons with its neighbor, Voorhees Hall.

Hendren Hall was originally built in 1958 as the Student Union Building and was used in that capacity until 1999. It was remodeled to house the Office of Admission, Registrar, Financial Aid, Business Office, Residence Live, Academic Support, the PEAK Center, Student Health Services, and Campus Safety. The building is named after the College's 9th president, Robert L. Hendren, Jr.

The College’s 75,000 square-foot activities center opened in 1991 and is one of the finest small college athletic facilities in the country. It contains a large gymnasium, swimming pool, weight and aerobics rooms, locker areas, and offices for our coaches and staff.

Jewett Auditorium was built to house a three-manual pipe organ donated by the Jewett family. The interior of the auditorium was designed for acoustic excellence and seats 900 people for concerts, theatrical performances, lectures, and other special events. The building was completed in 1962 with funds from the Presbyterian Synod of Idaho and the Jewett Foundation and is home to Caldwell Fine Arts.

Built in 1991, the Kathryn Albertson International Center is home to the departments of Business and Accounting and Modern Foreign Languages.

Built in 2014, the Marty Holly Athletics Center houses most of the outdoor athletics programs, including football, soccer, tennis and track, and field. With new classrooms, a well-equipped weight room, locker rooms, and athletic training facilities the building is a premier destination on campus. The building is named for legendary athletics director Marty Holly, who is still working for us today and can regularly be found pacing the sidelines at football and basketball games.

The 35,000-square-foot McCain Center is The College of Idaho's hub of student activity housing a movie theater, a café, student government offices, Eros Theatre, a reading room, the College Store, and an outdoor patio. Formerly Kirkpatrick Gymnasium the building was renovated in 2001.

The Velma Morrison Centennial Clock Tower stands at the center of The College of Idaho campus in Morrison Quadrangle. The 34-foot-high tower, built to commemorate the College's centennial in 1991, includes a bell cupola complete with four illuminated clock dials.

The President’s House is located directly across from the campus on the corner of 20th and Everett. It was built in 1968.

The Simplot Dining Hall, the College's main cafeteria, was built in conjunction with Simplot Residence Hall in 1948, through the efforts of longtime contributor J.R. Simplot. The dining hall has a seating capacity of 350 people and was renovated in 2011, providing a more attractive serving area and enhancements providing for more variety and freshly-made meals.

This residence hall was built in 1948, through the efforts of J.R. Simplot, and has undergone several renovations with the most recent in 2008. The 52,712 square foot building can house up to 135 students. The adjoining Simplot Dining Hall has a seating capacity of 350 people.

With the reintroduction of football in 2013, the College partnered with the City of Caldwell to refresh and renovate Simplot Stadium. An artificial turf field, press box, and conference-leading audio-visual system adorn the stadium. Football, soccer, and lacrosse all use the space for games and practices. With seating for over 5,000 spectators, the stadium brings Caldwell to life every game day.

Sterry Hall was one of the two original buildings constructed on The College of Idaho’s campus. Built in 1910 as an administration and classroom building, it is listed on the National Register of Historic Places. At one time it had a community center gymnasium on the top floor and offices and classrooms on the other floors. In 1993, the building underwent a major renovation. Today, the building still houses administrative offices as well as the Psychology and Environmental Studies departments.

Strahorn Hall was built in 1926 by Robert Strahorn, an officer on the Oregon Short Line Railroad, as a library and memorial to his wife, Carrie Adell Strahorn. The exterior of Strahorn Hall was completely constructed of Idaho sandstone at his insistence. Strahorn is now used to house classrooms and many of the faculty offices for the Anthropology and Sociology, English, History, Philosophy and Religion, and Political Economy departments.

Completed in 1983, Symms Athletic Field was named in honor of Doyle and Darwin Symms, two outstanding alumni who were active athletes while attending The College of Idaho. The facility consists of a regulation size softball field and a regulation size soccer and lacrosse field. The Marty Holly Athletics Center, added in 2014, overlooks the fields.

The College of Idaho has five hardcourt tennis courts used by the tennis team, students, and the public.

Opened in 1967, N.L. Terteling Library housed all campus books and periodicals, from research to pleasure, until the opening of Cruzen-Murray Library in early 2018.  Terteling will be renovated into new spaces for the campus.

The Village Apartments opened in 2002 and house up to 48 students. The yellow apartment building is affectionately known as "Mustard" while the red apartment building is dubbed "Ketchup." The Village offers both 2-bedroom and 4-bedroom apartments furnished with full kitchens, in-suite washers and dryers, couches, dining room tables and chairs, and a full bathroom. Each bedroom has its own twin bed, desk, and dresser. The apartments provide students with an opportunity for independent living with the convenience of being on campus.

Voorhees Hall was built in 1912 as a men's residence hall. The building was renovated in 1997 and completely renovated in 2016. Voorhees is one-half of the freshmen living commons with Hayman Hall.

West Hall, formerly the TEACH Center and TLC, was originally constructed in 1952 as the Child Development Center. The building has since served as the art building, a computer center, home to the College’s Education department, and the Canyon County School District's technology center. Today, after a complete renovation in 2014, West Hall awaits a naming donor and houses the cutting-edge ISU-College of Idaho cooperative Physician Assistant program.

This premier baseball facility, located north of Cleveland Blvd. on Linden St., is home to The College of Idaho Coyote baseball team as well as both the Silverstreaks and Bobcats, Caldwell’s two American Legion baseball squads. Through a partnership with the City of Caldwell, the College has added permanent dugouts, bleachers, restrooms, a press box, and an entry gate. Get directions to Wolfe Field from the College's campus.

Looking for a building? Not sure where to park for your event or visit? 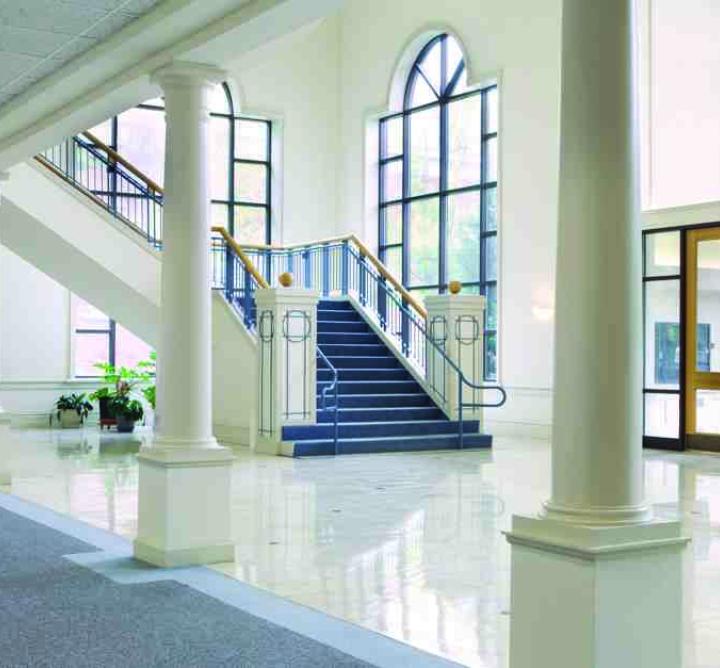 We can help you book the perfect space.