The Langroise Trio, established in 1991, plays an important role in arts education by providing students, educators and professional musicians with the broad education, specialized skills, and diversified experience they will need to become versatile music leaders who will shape our musical and cultural future.  The Langroise Trio provides a unique chamber music emphasis where students participate in coaching sessions and weekly masterclasses. Students have performance opportunities with chamber groups as well as the College's Sinfonia. The Trio offers intensive training in violin, viola, and cello within a traditional liberal arts curriculum.

The Trio’s mission is to create a culture of mastery through the study of violin, viola, and cello; providing instruction and performance of the highest standard. The Langroise Trio will preserve and promote the classical music tradition, and foster awareness of its importance to society and its benefits for personal growth. The Langroise Trio has performed on chamber music series across the United States, including performances at the Kennedy Center.  The group's repertoire includes music from the Romantic, Classical, Baroque, and Renaissance eras, as well as 20th and 21st Century works written especially for them. The Trio plays with precision and panache, achieving impressive tonal blend and unity of musical thought.

They have performed eight world premieres, produced four CDs, and have twice been selected to showcase at the Arts Northwest conference. 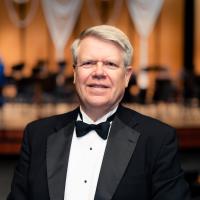 David Johnson won a position in the viola section of the Ft. Wayne Philharmonic as a high school senior. Awarded a scholarship to attend Butler University (Indianapolis), he transferred after two years to Indiana University, where he completed, with high distinction, bachelor's, and master’s degrees in viola performance. While a student at Indiana, he performed a series of concerts in New York’s Carnegie Recital Hall with the Indiana University Doctoral String Quartet.

After graduating from college, David was appointed Principal Viola of the Iceland Symphony, where he was featured as soloist numerous times with pianist Debra Gold on the Iceland National Radio. David then returned to the Ft. Wayne Philharmonic, serving as Principal Violist for 9 years.  While there, he was a founding member of the Freimann String Quartet and the Northeastern Indiana Chamber Music Festival. David was also appointed Assistant Principal Violist of the Grant Park Symphony in Chicago for 12 years, soloing with that orchestra in 1994.

In 1992, David joined the newly formed Langroise Trio, Artist in Residence at The College of Idaho, and is the principal violist of the Boise Philharmonic. He has performed concertos by J.C. Bach, J.S. Bach, Bartok, Berlioz, Mozart, Ranjbaran, Stamitz, Vaughn-Williams, and Walton with such orchestras as the Grant Park Symphony, Ft. Wayne Philharmonic, Atheneum Orchestra (Indianapolis), and the Boise Philharmonic, In addition, he has been a member of the South Bend Symphony, Kalamazoo Symphony, Owensboro Symphony, Ravinia Festival Orchestra, and the Northwest Indiana Symphony.  He has been a member of the Sun Valley Orchestra and taught at the Sun Valley Summer Music Workshops, and since 2007 has served as the Artistic Director of the Sun Valley Symphony Summer Workshops. 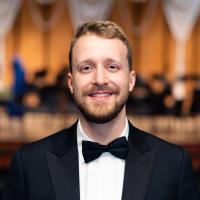 Philip Kettler comes to the College after three seasons with the Indianapolis Chamber Orchestra, where he served as Second Cellist and the orchestra’s youngest member. Philip has also performed with the Indianapolis Symphony and Sarasota Orchestra and previously held principal positions in orchestras including the Terre Haute Symphony, Carmel Symphony, and Columbus Indiana Philharmonic, among others.

In recent seasons, Philip has been featured as a soloist and chamber musician at the Chevy Chase Concert Series (Washington, DC), Blair Concert Series (Nashville, TN), Concerts at Bradley Hills (Bethesda, MD), and Chamber Music Evergreen (Evergreen, CO). He has spent summers performing with the National Repertory Orchestra and at the music festivals of Aspen, Bowdoin, and Aix-en-Provence (France). He became a Langroise Fellow in 2022. 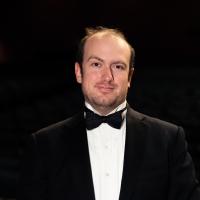 As a soloist, Shea has performed with orchestras in Washington D.C, Brussels, Sendai, Indianapolis, and South Bend. His award-winning duo, the Shea-Kim Duo, has competed internationally and performed recitals in Asia, Europe, and North America. Their awards include the Ackerman Chamber Music Award and Gold Medal at the Manhattan International Music Competition. Their second CD, The Sound, and the Fury, was released by Blue Griffin Records in November of 2021. He premiered Frederic Rzewski’s Night, Death, and Devil with the Emmy Award-winning 8th Blackbird. He has been a finalist and semi-finalist at Queen Elisabeth, Isang-Yun, Seoul, Sibelius, and Carl Nielsen, and has taken first place with Honors at the Glazunov International Competition in Paris.  He became a Langroise Fellow in 2022 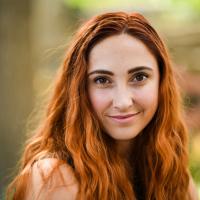