About The Howling ‘Yotes

Speech and Debate at The College of Idaho has a long history, stretching back at least to 1912, when the First President of the College, Dr. William Boone mentioned debate team victories in his journals. This tradition of excellence continues into the present day, where the College of Idaho regularly finds itself racking up victories and final round appearances. Notably, the team has been ranked in the Top 20 nationally every year since 2013 and took home a 5th place individual finish in 2016.

The Howling ‘Yotes (as the Speech and Debate team is called) is housed in the Department of Theatre and Speech Arts, where competitors have the opportunity to participate in both regional and national debate tournaments, testing their intellectual mettle against the toughest competitors in the United States (and, occasionally, the world).

The Howling ‘Yotes participate in National Parliamentary Debate, International Public Debate, British Parliamentary Debate, and Individual Events in the Northwest Forensics Conference, as well as nationally. We view Speech and Debate as a valuable tool to gain real-world experience in speaking, conflict management, research, and writing skills, as well as cultivating productive group interactions. As a team, we value Community, Diversity, and Professionalism—and work to provide competitors with an opportunity to develop these skills in a collegial environment in locales across the United States.

The Speech and Debate team welcomes students from all majors and minors, as well as those in any year of their College careers. We do offer scholarships for incoming students—based on competitive merit and competitive potential.

Why Join Speech and Debate?

Speech and Debate is a high impact learning opportunity that asks you to hone your rhetorical skills by putting them into practice. With the Howling ‘Yotes, you have the opportunity to put your speaking skills to the test by engaging in praxis, the application of theory to the practical concerns of actually structuring and delivering a speech. Additionally, competition in Speech and Debate offers skills beyond the obvious, including:

The College of Idaho offers competitive scholarships to incoming students, based in their demonstrated or potential to contribute to The College of Idaho Howling ‘Yotes. Award amounts vary depending on the experience and achievement of the applicant—but students with all experience levels are encouraged to apply.

Any additional materials that you would like to submit, or letters of recommendation from coaches or camp leaders, which are highly encouraged, can be submitted directly to Dr. Kyle Cheesewright, Assistant Professor of Speech and Debate either via electronic mail or regular mail: 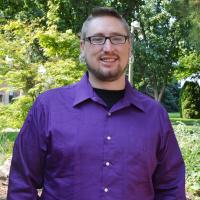