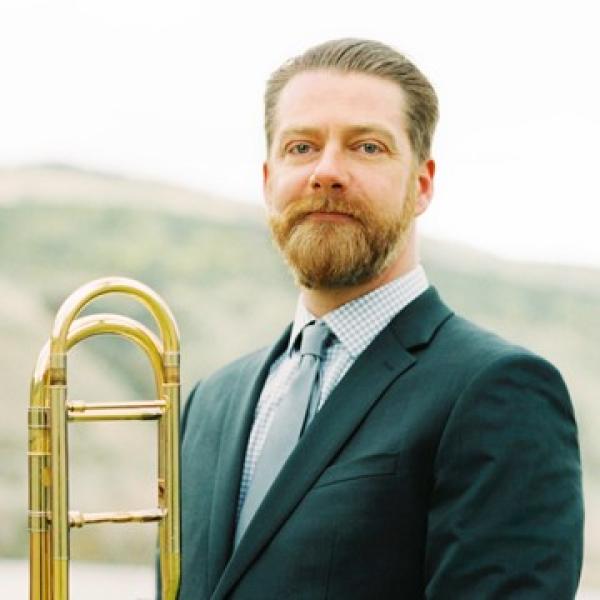 Michael Lucas Strother is the Director of Bands at the College of Idaho. In addition to leading the Wind Ensemble, Marching Band, and Pep Band, he teaches the Trombone, Euphonium, and Tuba studios, as well as Orchestration and Band Methods. Dr. Strother is frequent guest conductor and clinician, recently serving as a judge for the Idaho District III Band Festival, the Oregon District IX Solo/Ensemble Festival, and the Idaho State Solo Festival. In demand as a trombonist, he performs regularly with Opera Idaho and the Kings of Swing, as well as the Gene Harris Super Band on their annual reconstitution for the Gene Harris Jazz Festival. Strother’s arrangements and compositions have been performed nation-wide, in many mediums from orchestral and wind ensemble concert works, film scores, and chamber music. Dr. Strother holds an MM and DMA from Rutgers University where he studied with Michael Powell and John Rojak of the American Brass Quintet.