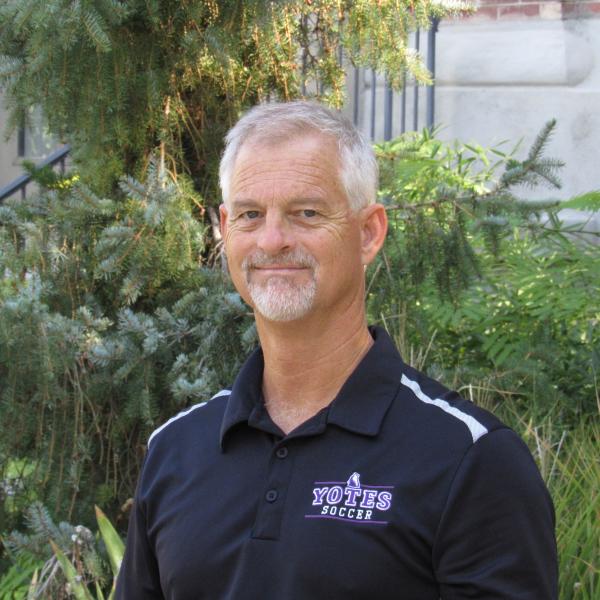 Beyond the classroom: Dr. Smith is likely to be found on the tennis court, on the basketball court (most every MWF at 11:30 since 1991), on the golf course, on the slopes at Tamarack, waterskiing at Cascade, scuba diving in Hawai’i, building houses, flying a Cessna, playing the drums, piano, guitar, or ukulele, birding, hiking, or playing Pickleball with Debi, his wife of 40+ years, and a C of I alumna. They have a daughter, Dia, a therapist in Boise and a C of I alumna.

Dr. Smith is a member of the Board of Supervisors of the Bethsaida Excavations in Israel, and formerly served as the Academic Vice President of The College of Idaho for ten years.

The Final Days of Jesus: The Thrill of Defeat, The Agony of Victory: A Classical Historian Explores Jesus’s Arrest, Trial, and Execution (Cambridge: Lutterworth, 2018)
“Capital Punishment and Burial in the Roman Empire” (2013).
"Eusebius of Caesarea and the Fate of Bethsaida" and "Bethsaida in the Natural History of Pliny the Elder," in the Bethsaida Excavations Report, Vol. 3 (2005).
"The Religious Coinage of Constantius I" Byzantion (2001)
"Of Jesus and Quirinius" Catholic Biblical Quarterly (2000)
"A Tale of Two Julias: Julia, Julias and Josephus," in the Bethsaida Excavations Report, Vol. 2 (1999).
"The Religion of Constantius I" Greek, Roman and Byzantine Studies (1998).
Pharos, 1988. A computer application for searching and analyzing Greek literary texts in the Thesaurus Linguae Graecae (the program is now converted to Windows and distributed as Musaios).