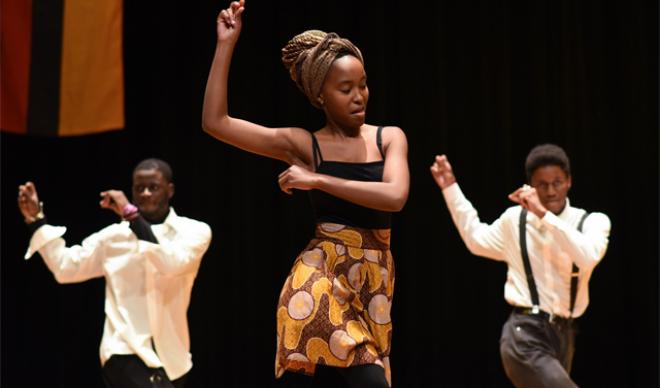 The most-anticipated multicultural student-run event at The College of Idaho, the International Student Organization’s Cultural Show, exceeded expectations once again this year. This year’s show was unique because it was the largest production with the most student participation in the history of the show. The Cultural Show is important for the college community because it showcases traditional customs from around the world and discusses current issues through songs, dances, skits, poems, and more.

Another aspect that made this year’s event special was the guests who attended. They included Caldwell Mayor Garret Nancolas and Boise State University President Marlene Tromp. Tromp gave some additional exposure to the show by tweeting out photos and information to her audience of more than 5,600 followers during the program.

The College of Idaho is in the midst of a record-setting year with its largest percentage of international students (18-percent) representing a total of 88 countries. Junior student Erekle Vakhramovi, from Georgia, was the host of the event this year. He stated that the goal of this show “is to represent all cultures of the community.”

The show opened with a beautiful poetry piece by sophomore Jacinto Quimua and freshman Kyra Geissler, who talked about what it means to be a woman and black man in today’s society. The poem was powerful and highlighted current stereotypes that can often plague these communities. At the end of the piece Kyra stated, “I fight so my voice can be heard. I fight for the voices you silence all in the name of what’s right.”

During the middle of the show there was a surprise performance from Caldwell’s chief politician. Mayor Nancolas sang a Frank Sinatra song that wowed the audience. It’s not the first time the mayor has impressed an audience on campus, as he has performed the national anthem at football and basketball events too.

The show concluded with the Association of Latino Americano Students (ALAS) coming together to perform a Latin American dance. After their performance the President of ISO Andrea Rojas-Escot, a senior, gave thanks to the audience. She and the rest of ISO then presented the College’s Director of Inclusion and Intercultural Engagement Arnold Hernandez, who is also the advisor of ISO, with a plaque thanking him for his 25 years at the school striving to make the campus more diverse and inclusive.