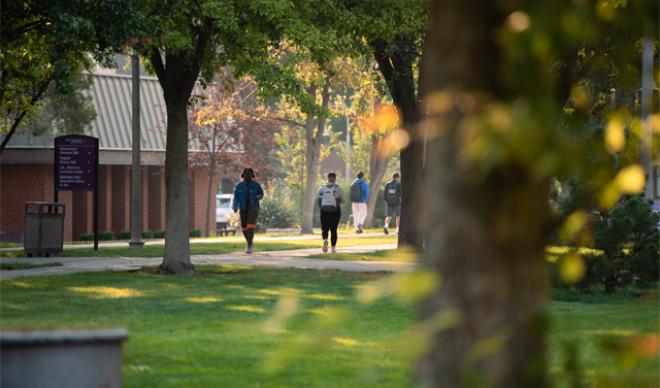 Overall enrollment at The College of Idaho and the incoming freshman class are both among the strongest in recent years, according to data released this week, as the College was ranked as the no. 4 college in the west region by U.S. News and World Report.

Total enrollment checked in at 1,085 students, which includes undergrads (degree-seeking and non-degree) along with graduate students. That’s the sixth-highest number at the College in the past 20 years. The College’s incoming freshman class (269 students) also ranks as one of the better classes in recent years.

“At a time when the value of a college degree has come under question, it is comforting to know that there are still students and families who understand the importance of a post-secondary degree, and the doors that open to you as a result,” said Brian Bava, the College’s Vice President of Enrollment Management. “We have an exceptionally talented group of new students joining us this fall, and we are excited to work with them and see what they are able to accomplish during their undergraduate tenure at The College of Idaho.”

How talented? The median grade-point average for incoming freshmen is 3.85 with an ACT composite score of 26, which is better than 75 percent of all students who take the test.

Well over half of the College’s current undergraduate students come from Idaho (585 students, 56 percent), followed by Oregon and California (64 each, 6 percent). According to U.S. News and World Report, the College checked in as the top college in the region for international students – its 189 students to begin the fall term represents over 18 percent of the total student body. Those students come from 81 foreign countries, led by Nepal with 26 students.

“Our team has shifted their focus to another admission cycle and the opportunity to continue to work with high school counselors and teachers who are such great partners in the student recruitment process.” Bava said.

In other ranking news, the College was recently named to the Forbes 2022 America’s Top Colleges list, which ranks the top 500 schools (roughly, the top 15 percent) in the nation. The Forbes article states: “Whether a school is in the Top 10 or near the bottom, the 500 schools on Forbes’ Top Colleges list showcase the finest in American education.”