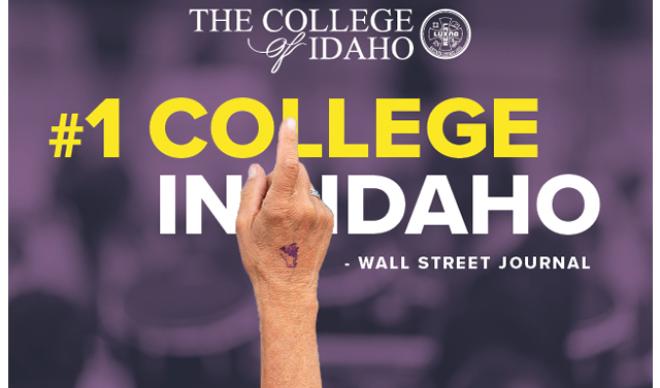 According to Wall Street Journal reporter David M. Ewalt, the WSJ/THE rankings “focus on outputs, emphasizing the return on investment students see after they graduate. Schools that fare the best on this list have graduates who generally are satisfied with their educational experience and land relatively high-paying jobs that can help them pay down student loans.” The overall rankings compare all schools, large and small, public and private.

“It is always rewarding to see the combined efforts of our world-class faculty, coaches and staff recognized as one of the top institutions of higher learning in the nation and the No. 1 school in the state,” said Co-President Doug Brigham. “Not only through the work of our employees, but with the support of our Board of Trustees, our friends and donors, and the hard work and perseverance of our students, we see on a daily basis the positive difference our school makes in the lives of our students, alumni and community.”

The Wall Street Journal rankings come on the heels of last week’s U.S. News & World Report rankings, which placed The College of Idaho no. 136 of all national liberal arts colleges, and for the third-straight year, in the top-15 nationally in social mobility. Since U.S. News & World Report began ranking schools for social mobility three years ago, only eight schools have been ranked all three years in the top 15 nationally, including the College.

“For 130 years the College has been a leader in transforming the lives of students, giving them the skills and knowledge to go wherever their ambitions take them,” said Co-President Jim Everett. “Now that U.S. News & World Report recognizes social mobility in yearly rankings, it is gratifying to know that The College of Idaho is one of only a handful of schools to be top-ranked each year. And since there are more students studying at the College than at any other time in the school’s history, we look forward to transforming many more lives in the future.”

U.S. News & World Report also ranked the College no. 10 for all national liberal arts colleges for international student population, with 18-percent of its students coming from more than 90 different countries.

The College is no stranger to national attention, having earned several distinctions and accolades over the previous months, including a ranking of no. 7 in the Northwest, no. 172 nationally (Washington Monthly); the top 126 schools in the West (The Princeton Review); no. 1 school in Idaho, no. 14 Best Rocky Mountain Colleges (College Raptor), no. 1 college in Idaho for getting a job (Zippia); no. 2 in Idaho (Niche); and inclusion in the Fiske Guide to Colleges for the 11th-straight year.

A larger list of accolades and recognition for The College of Idaho can be found here.