The College of Idaho features two performance teams on campus. Scholarships may be available and the teams have limited space. Teams traditionally practice 2-3 times per week. Contact coach GG Anderson for more information about the specific teams and their requirements and opportunities.

There are two branches of the College’s cheer team. The first is the Stunt team. The team throws stunts at games as well as cheer, jump, and sideline dances.  The Stunt team cheers at all home football games, as well as women's and men's basketball games. The group doesn't travel with the team and does not compete. The College of Idaho athletic teams perform at the NAIA level.

Tumbling is not required, but highly recommended. There are scholarships available. Scholarships are decided at tryouts.

The second branch is the Yotepack Spirit team. This group does everything the stunt team does, except for the stunt work itself. Tryouts are not required for this team and scholarships are not available.

This is the College’s official dance team, separate from the College’s dance club (which is open to anyone). The team does halftime dances at every home football game as well as performances at select home basketball games.

Each week is a different show during football season with a different routine. Tryouts are held in April and scholarships are available. 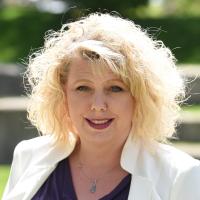