Recover Your YoteNet ID: Due to an issue all student passwords were reset on May 25. Recover your account and reset your password here. Read More

Fall 2021/COVID-19 Updates: Our goal is to advance to Phase 6 (in-person learning) of our re-opening plan in time for the Fall semester. Read More

For over 120 years, The College of Idaho has benefited from the unflagging generosity of our alumni, students, parents and friends. Every gift to the College makes a difference and inspires others to give.

The Boone Heritage Society was established to honor those caring and visionary individuals who have established planned gifts with the College of Idaho or have named The College as a beneficiary of their estate plans through a bequest, trust, gift annuity, pooled income fund, life insurance policy or retirement-account designation.

Members of the Boone Heritage Society

The Founders Society includes those who have contributed $100,000 or more during their lifetime. Founders share ideas on the vision for the College and gain a deep understanding of the College’s approach to the liberal arts and the meaning and value of a College of Idaho education.

Current Members of the Founder's Society

This list is current as of June 2020. The College also has several Founders Society members who wish to remain anonymous.

Members of the 1891 Society 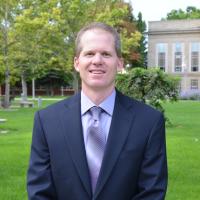