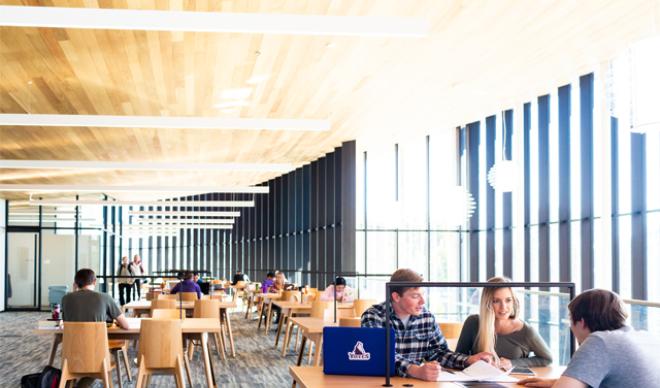 The College of Idaho is reaching out to displaced undergraduate students at Concordia University-Portland to give them an option to continue their education in an adjacent geographic state. Concordia University announced this week that it plans to close after the spring 2020 semester, leaving hundreds of students in doubt regarding the completion of their undergraduate degrees.

To help matters out, The College of Idaho is offering to review current students’ institutional scholarship packages on a case-by-case basis, and attempt to match those scholarships at the College. The school is also offering to reimburse student expenses to order their transcripts, free admission applications, give individual admission decisions within two weeks, and to give students a full credit evaluation within one week of admission.

"It's important that all students have the opportunity to complete their undergraduate degrees,” said Assistant Director of Transfer Admission Ashley Mehaffie, who is leading the effort at the College. “We want to extend a hand to Concordia students by providing a soft place to land. Our revised PEAK curriculum will allow students to complete their program in a timely manner after a smooth transition."

“It is a very sad day to see a fellow institution of higher education, which has served students so well for more than a century, have to close its doors,” said Co-President Jim Everett. “Our hearts go out to everyone involved with Concordia. We are particularly concerned for the students and stand ready to help those students who need a new home to continue their education with as little disruption as possible”.

Helping students displaced at other schools is nothing new to The College of Idaho. In 2018, The University of Texas-Tyler rescinded scholarship offers to dozens of students in Nepal after the admissions cycle had closed at most schools in the United States. The College of Idaho responded by offering to honor the Texas scholarship guarantee to three Nepalese students, brought them on campus, and the three students are still enrolled and thriving at the College.

In 2005, after Hurricane Katrina struck the Gulf Coast, the College brought in three students from New Orleans, including a married couple, to help them continue their education while the Louisiana area recovered from the devastation.

In a lesser-known move, the College stepped in to help a local family that was struggling to stay afloat with four young children all suffering from a rare white blood cell disease called eosinophilic esophagitis. The disease caused the children to be unable to digest solid food, so all of the children had to be fed a liquid diet through a tube. The family received national attention when they were featured on the ABC television program “Extreme Makeover: Home Edition” and given a new home in the Middleton area in 2007. At the time, The College of Idaho offered partial scholarships to all four of the family’s children. This year, the oldest of the children is enrolled as a freshman.