Student Representation in a Virtual Age 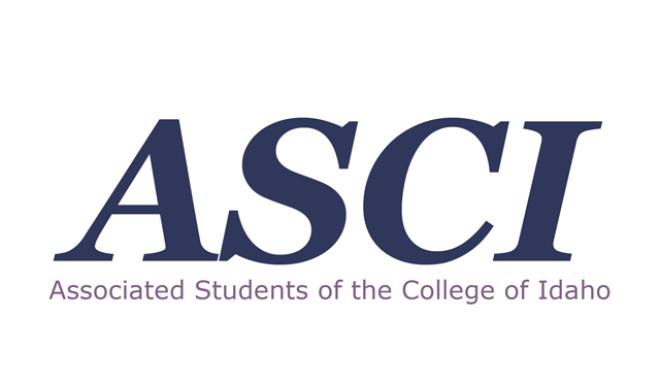 Senior Cameron Coyle has a simple way to describe the student government at The College of Idaho.

“The Senate is here to use your fees to make your time at the College enjoyable,” said Coyle, a third-year senator majoring in Biology.

But, as with virtually everything, it hasn’t exactly been business as usual for the Associated Students of The College of Idaho (ASCI). Twenty-four senators have teamed with the elected student leadership to continue to give students a voice at the College.

“Here at The College of Idaho, student voices are very powerful and students, oftentimes, don’t recognize just how much student government races, and elections matter,” said Trent Rawdan, a senior double-majoring in Political Economy and Philosophy who is the current ASCI Student-Body President. “I was involved in pretty much every step of the COVID re-opening plan. Everything was done in consultation with me or one of my teammates or other students. There wasn’t a decision that was made without student consultation.”

Rawdan, his executive student leadership team, and the senators all serve different roles. Coyle and the other senators focus much of their time on student engagement, clubs, and events, while Rawdan and other elected executives, who do not have Senate voting privileges, spend more time on larger issues, such as the College’s COVID re-opening plans this fall. And they’ve had to do much of it remotely via Microsoft Teams virtual meetings to adhere to physical-distancing policies and accommodate students who don’t currently live on campus.

“Last spring was more challenging, I would say, because people were not as comfortable with Teams and talking over a Teams environment,” Coyle said of the shift to remote learning and less on-campus interaction. She serves on the ASCI’s Campus Life committee as well, which is in charge of creating school spirit, supporting student clubs, and promoting events. She said one of the challenges has been engaging students who aren’t currently on campus, but that hasn’t been the only hurdle the group has faced.

“Usually, we are required to do two events per semester, whether we heavily promote an event or put one on ourselves,” Coyle said of the Campus Life committee’s work. “It’s difficult this year because there aren’t many on-campus events.”

The Senate has continued to support students in other ways. It recently helped to organize and promote a yoga event put on by the Dance Club. It allocated funds to the International Student Organization (ISO) to purchase video equipment so the club could produce its annual show virtually due to attendance limitations. It has supported Chic Boutique’s efforts to ensure students have enough clothes and supplies while on campus.

It also helped all students on campus with its involvement in an amendment to the College’s pass/fail policy this fall. Last spring, the faculty voted to ease the policy to provide relief to students as schooling shifted from in-person to online. However, the policy reverted to its original, pre-pandemic state this fall. Rawdan said fatigue among students was a real concern, so Dr. Elizabeth Wakeman made a motion for the faculty to reconsider the policy.

At that point, Rawdan called a special session of the Senate to endorse a request to reconsider. The Senate did so, the request was written, and it was presented to the faculty for its consideration.

The faculty considered the request – and voted to return to the spring’s more-lenient pass/fail policy.

“We were able to insist that the faculty revisit this policy because it would really benefit us (the students),” Rawdan said. “And they did. They amended the pass/fail policy to be more lenient and grant some relief to the students.”

Rawdan called the incident a prime example of the students’ voice being “actualized” and hopes it leads to an even stronger interest in student government going forward.

“We’re here to make sure every student has the opportunity to participate on campus and be an active part of the campus community,” Coyle said.

ASCI meets every Thursday during the academic year and students are encouraged to attend the meetings, even if they are not a member of the Senate.

The College of Idaho has a 129-year-old legacy of excellence. The College is known for its outstanding academic programs, winning athletics tradition and history of producing successful graduates, including seven Rhodes Scholars, three governors, and countless business leaders and innovators. Its distinctive PEAK Curriculum challenges students to attain competency in the four knowledge peaks of humanities, natural sciences, social sciences and a professional field—empowering them to earn a major and three minors in four years. The College’s close-knit, residential campus is located in Caldwell, where its proximity both to Boise and to the world-class outdoor activities of southwest Idaho’s mountains and rivers offers unique opportunities for learning beyond the classroom. For more information, visit www.collegeofidaho.edu.